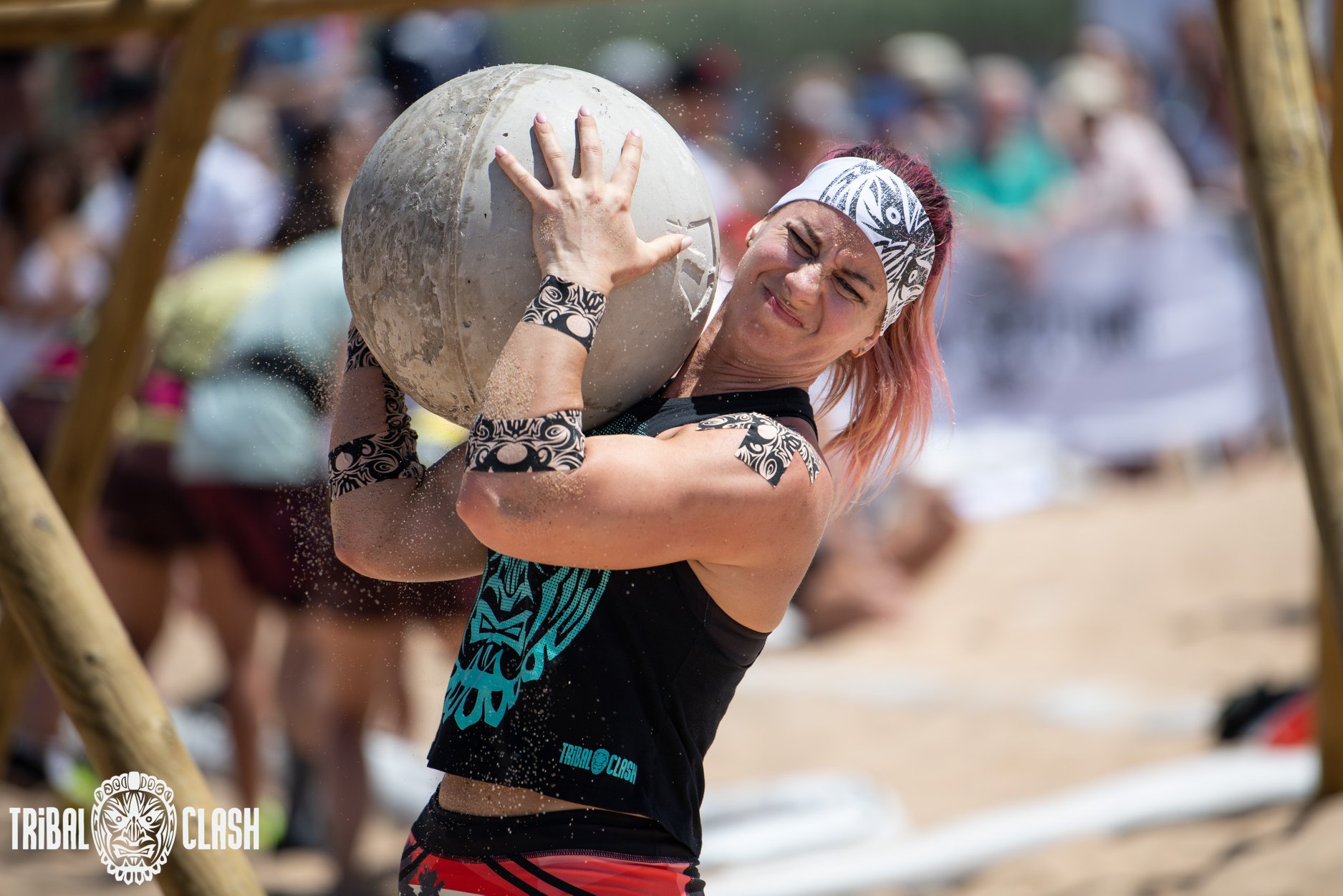 EVENT 3: THE GAME OF STONES

The team starts lying prone inside the lane with hands on sandbags. On GO the first athlete jumps up, turns round and sprints down the lane, turns anti-clockwise, and continues around the arena until he is back in the lane. Once he is back in the starting position with hands on sandbags, the next athlete runs the same course. The time is logged when all 6 athletes are back lying on the sand in the same position they started in.

Event 5: the team then starts working in three pairs. The first pair gets up and starts their wheelbarrow walk relay – the athlete whose feet are being carried must start with their hands on the baseline, reverse out, perform a 180 degree turn and walk down the lane. Feet must be carried with hands on ankles. The athlete must not touch the floor with any other body part except hands until they reach the opposite baseline. If any part of the athlete touches the sand between the baseline bags, the team incurs a 10 second penalty. The athlete walks two lengths of their lane (up and back) then once they are back in their starting position, they tag the next pair. When all athletes have completed a wheelbarrow walk, the team can proceed onto the log worm lunge. The team picks up the worm, lunges it down the lane, turns left, and lunges around the arena until they are back in their lane. The time for Event 5 is logged when the worm is back in its starting position. If the team does not finish within the time cap, they score a rep for each 5 metre mark around the arena, and their score is total lunge reps.

The team gets an immediate 10 second penalty stood up holding the worm on shoulders for any shuffle steps, or if the team touches a barrel or another team. If there is a collision, the team coming from behind will be deemed to be at fault. If the worm is not put down in a controlled fashion, the team incurs a 1 minute time penalty.

This is a team standup paddleboard race. For this event the teams stage in the oceanside pens. On GO the team picks up the paddleboard, enter the water and paddle around the marker. The team returns the board back to its starting position, and the time is logged when and the board is down on the sand all paddles are on the board.