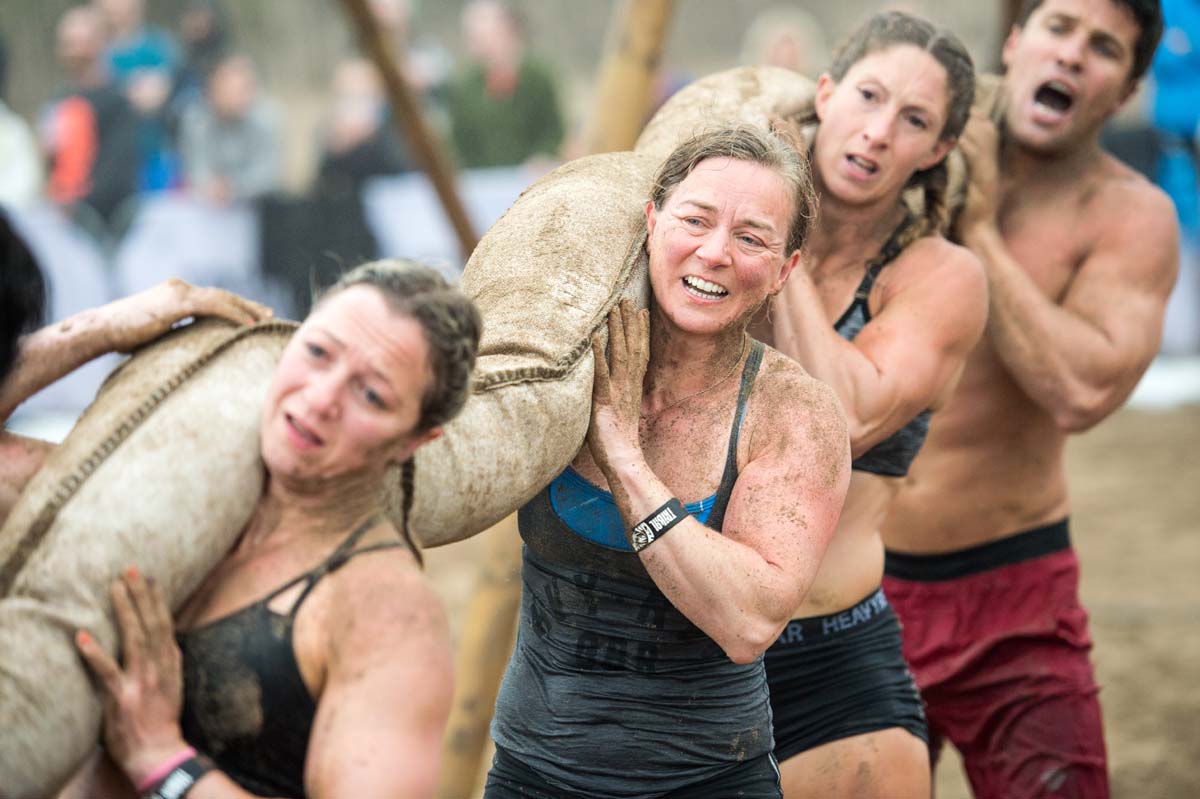 Divide your team into two Sub Teams of 3 (SubTeam 1 and SubTeam 2 in our workout briefing below). The sub teams of 3 are fixed and you can’t swap athletes between the sub-teams during the workout. You need four bars, two set at 30kg and two set at 42.5kg. Men use 42.5kg bar and women use 30kg bar. You need a pull up rack with 2 pull up stations. You also need guts and a willingness to go into a dark and scary place.

AMRAP until death, for total reps

EMOM as a team complete

As a team, you have to think carefully about how you organise your two Sub Teams, in order to keep going as long as possible. For example, if you have an athlete who is weak at pull ups, you may want to include him/her into the Sub-Team with the athlete who is a pull up ninja, who will take most of the pull ups with the weaker athlete chipping in as much as they can.

Once either Sub Team fails to complete the 15 synchro reps within the minute, your workout is over. Your score is total reps completed by your entire team (each synchro rep by two athletes is one rep) . You score 30 reps each minute you remain in the game.

How long can you go on?